Voting is an obligation, not a privilege 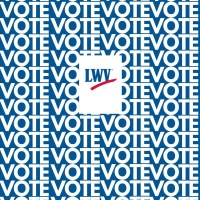 This guest column first appeared in the Daily Record in June 2018. It bears repeating.

Drama critic and magazine editor George Jean Nathan hit the nail on the head when he said, “Bad officials are elected by good citizens who do not vote.”

Nathan died in 1958 but his quote was prophetic. Statistically speaking, less than one in three eligible (31 percent) voters cast a ballot in Kittitas County’s April special election on whether or not to approve a port district. So essentially those two-thirds of eligible voters who did not cast a ballot allowed others to speak for them.

Collectively, we’ve confused the advantage or benefit of privilege with one of responsibility and duty when it comes to voting. It’s remarkably disturbing that more county citizens didn’t bother to cast a ballot in April. But the trend in Kittitas County for this special election is not unlike voter turnout across our nation in general. Officials report that a whopping 58 percent of eligible voters turned out for the 2016 general presidential election. Just 58 percent. That’s abysmal by any standard. I guess we get what we deserve.

The notion that to vote is a right or privilege has always troubled me. A dutiful citizen would recognize that to cast a vote is an obligation, not merely a fanciful privilege. To consider voting a privilege rather than an obligation somehow diminishes the fundamental responsibility required to nurture and maintain a democracy.

It’s a privilege to obtain a driver’s license at age 16. It’s a privilege to receive a public school education when a desired but costly private school is out of reach. So let’s please not confuse a privilege with an obligatory duty to our system of government be it local, state or national.

Oppressed people long forced to exist under an autocratic regime would likely find it a privilege to be able to cast a ballot in a free and open election. To experience a benefit following a long drought of maltreatment would likely be viewed as a privilege. Our own nation’s history is blemished with denying citizens the ability to vote.

Originally only white male landowners were able to cast a ballot. And sadly it took nearly 100 years of our independence from Great Britain before African Americans were recognized as citizens with voting rights. Not until the ratification of the 19th Amendment were women allowed to vote. Even today some state legislative bodies are attempting to obstruct segments of our society from voting. So it’s not at all unimaginable if women or people of color do consider voting a privilege based on our nation’s shaded history of denying voting rights to all.

That being said, we cannot allow ourselves to be duped into believing that voting is a privilege granted to us by a government. The act of casting a ballot is an obligation of every eligible voter to help ensure that our democracy will continue to breathe and perhaps even thrive.

The May 28 Daily Record article (“Poll: Young people feel more empowered”) shared the findings of a recent poll showing 48 percent of young people aged 15 through 22 now believe their act of voting can have some effect on the government. The same poll conducted in March reflected that only 33 percent of the same age group would have an impact. That’s an increase of 15 percent in only two months.

The shootings at a Florida high school apparently convinced a demographic of our society that they do indeed have a voice. A Daily Record photo of a teenage girl holding a sign that read, “You can’t fix stupid but you can vote it out,” says it all. This youth understands the principle of exercising the duty to vote and that it can make a difference.

Former Speaker of the House Tip O’Neill believed that all politics are local. How right he was. Too many of us don’t consider the importance of how local decisions greatly affect our daily lives. Decisions by school boards, city and county councils, hospital, water and utility districts have an impact on our children, parents, friends and neighbors. It’s not merely general elections that matter but also the less publicized, often obscure ballot measures that go largely ignored that need our attention.

While it’s the duty of the Kittitas County Auditor’s office to provide information and ballots for the voting public, we as citizens have an obligation to become informed and knowledgeable so we can all make an educated decision based on accurate information. It requires reading, listening, dissecting and analyzing information in order to make an informed decision prior to marking a ballot. But none of that is relevant if a ballot isn’t cast.

Lee Bates is a retired educator and life-long musician. He is the founder and conductor of the Valley Voices community choir. Bates lives in Ellensburg with his wife and two dachshunds. Reprinted with permission of the author.